Beyond the Clouds is an Indian drama directed by Iranian filmmaker Majid Majidi that premiered in late 2017, but which has subsequently toured the festival scene. It’s a classical melodrama molded in the Slumdog Millionaire (2008) typology, about the poor, young man Amir living off of petty crime in the slums untill he has to defend his wrongfully arrested sister Tara who’s fought off a male assailant.

The film is commendable in its artistic ambitions, using visual motifs like shadow plays and curtains that set it apart from run-of-the-mill social commentaries, but ultimately turns the melodrama knob a little too hard (even though there are no Bollywood song-and-dance numbers here).

Composer A.R. Rahman, affectionately nicknamed “The Mozart of Madras”, is arguably India’s greatest musical export this side of Ravi Shankar. He has not only enjoyed great success in his home country, with steadfast collaborators like S. Shankar and Mani Ratnam, but also considerable attention in the West, especially his work with Danny Boyle (like the Oscar-winning Slumdog Millionaire or 127 Hours). This is the second collaboration between Rahman and Majidi after Mohammad: Messenger of God (2015) – one of the finest scores that year, regardless of the film’s semi-propagandistic angle.

Although there are no song-and-dance numbers in the film (at least not in typical Bollywood fashion), the two opening tracks are used diegetically in the film – «Ala Re Ala» as a percussive song in the Holi (colour festival) sequence towards the end, and the hokey hip hop song «Ey Chhote Motor Chala» as radio music early on.

But it’s the score proper that is the main attraction here – a soft, lyrical soundscape with melancholic undertones. This is cemented firmly in the main theme track, «Beyond the Clouds», both in the first part with its haunting, female vocalise (Tara’s theme?) and in its second part with longlined, ethereal harmonizations for strings, or undulating, playful piano figures.

These elements are allowed to grow and swell throughout the score, often with added woodwinds, like in «The Gift» or «Second Thoughts» – sometimes reaching big, powerful crescendi like in «Twist of Destiny», «Full Moon» or «Reunited». Two tracks, «The Game of Life» and «Holi», have a more traditional flavour in their use of sitars, pepas and tabla drums – reminding us of the film’s origins.

But as a whole, this could just as well have been a western melodrama score, like a more extrovert, literal version of Max Richter or Johan Söderqvist, if you will. Softspoken, but rhetorical in its beautiful depictions of the protagonist’s journey. Although this is by no means his best work, it’s another testament to Rahman’s crossover appeal; his uncanny ability to bridge the gap between eastern and western idioms. 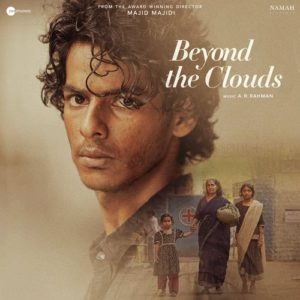