Brian and Charles is the feature film debut of director Jim Archer, a tale about a quirky inventor living in the Welsh countryside who more or less accidentally creates his own clunky robot named Charles – part science fiction, part oddball dramedy. It first premiered at Sundance on January 23, 2022.

The film draws heavily on established “odd couple” sci fi tropes ranging from E.T. to Weird Science, and offers little new or profound in terms of weighty drama behind the setup. But the main draw is David Earl as Brian the inventor, who channels his deadpan comic style from Ricky Gervais successes such as Derek and Afterlife (it even mirrors the mockumentary style of those series), although perhaps slightly less charicatured.

Composer Daniel Pemberton (b. 1977) has had a steady rise in high profile assignments since his breakthrough work for Ridley Scott’s The Counselor (2013), being particularly notable for his diverse and eclectic abilities – from the suave funk of scores like The Man From U.N.C.L.E. (2015) and Ocean’s 8 (2018) to the complex sonic landscape of Steve Jobs (2015) to the traditional orchestral fantasy stylings of the television series The Dark Crystal: Age of Resistance (2019) to the sweltering, moody jazz score for Motherless Brooklyn (2019). He continues to be one of the most interesting composers of his generation.

I’ve long waited for Pemberton to return to the electronic underpinnings of Steve Jobs, and here he finally is. In the film, the score is more concerned with capturing the offbeat tone rather than any sort of complex thematic architecture, but this – in return – allows for a great conceptual affair.

The opening of the album seems to be a rare hybrid of father and son Jarre. «Wales, Land of Wonder», for example, mirrors the bright, windswept synth flute sounds that Maurice Jarre nurtured in later scores such as The Year of Living Dangerously, Witness and Gorillas in the Mist. Perhaps to capture the remoteness of the Welsh countryside. «The Workshop of Invention», meanwhile, nods to the Korg Mini-Pops 7 rumba pre-set that was all over Jean Michel Jarre’s «Oxygene, Part VI».  A fun remix of this track, by none other than ambient pionéers The Future Sound of London, is tagged on to the end.

While this Jarre amalgam seems to be the emotional heart of the score, other delightful nods to classic analogue synth sounds continue in tracks such as «Land of Sheep» (kinda Klaus Schulze), «Birth and Creation» and «I Am Dreaming» (hints of early Vangelis). Off-setting these melodic elements are more experimental excursions that either belong in the quirky, Pee Wee-ish landscapes of artists like Klaus Nomi and DEVO («Fun Times» and «Crossed Wires», for example) – very much playing to the technological and moral challenges of the story, or some rather abrasive tracks like «Bad People» and «Cabbage Cannon Chase» with an oscillator knob gone wild – underlining the story’s dark comedy tone.

With a 60-minute running time, the album is on the long side given its novelty nature. It seems to come to a more natural conclusion some 20 minutes earlier. This, however, can be easily programmed. The important thing is to highlight one of the year’s most interesting and endearing scores so far; yet another testament to Pemberton’s versatility. I hope he gets to explore electronic music more often. 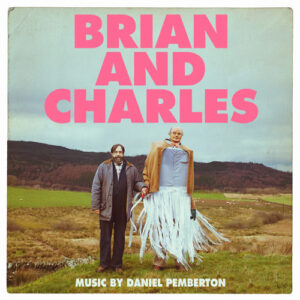