Don’t Come Back from the Moon (2017) is a small, independent drama directed by Bruce Thierry Cheung (and produced by co-star James Franco) – a parable, of sorts, about absence and separation, as a group of fathers leave their children and families in an impoverished ‘white trash’ society somewhere in the midwest. The circumstances are not known, but they’ve all “gone to the moon”, the narrator tells us.

Relying on handheld cameras, long vista shots of desert plains soaked in sunsets and extended closeups of the kids and teenagers left behind, it’s a story coloured by melancholy and emptiness. It doesn’t quite twist the character dynamic hard or deep enough to create an emotional investment, but as a mood piece, it works surprisingly well. While the film premiered at festivals in 2017, it got its first widespread release in 2019.

Johnny Jewel (born 1974) has enjoyed great success with ambient synthpop groups like Chromatics, Symmetry or Glass Candy, but broke through on the film score scene with the Chromatics cue «Tick of the Clock» in Drive (2011), followed by the stylish and brilliant Ryan Gosling thriller Lost River (2015) and the Badalamenti-inspired album Windswept (2017) from which several tracks were used in David Lynch’s third season of Twin Peaks. For Don’t Come Back from the Moon, he’s very much in familiar musical territory.

Typically for Johnny Jewel albums, the cover of the soundtrack is mysteriously presented with just a still image from the movie, no text – underlining the more abstract ‘state of mind’ that the movie itself tries to nurture.  It contains a mix of eight songs/instrumentals performed by Jewel’s collaborative groups Chromatics, Symmetry, Glass Candy and Mirage, and six proper score cues by Jewel alone.

This is all very much in the gorgeous, lofty, ethereal mode Jewel excels at. The score cues are supposed to mirror the deserted, almost post-apocalyptic landscapes through vast echo effects and dreamy chord modulations; a musical image of both literal and emotional emptiness. The 5-minute track «Digital Rain» stands out in this material, with its dripping-like effect eventually joined by a warm, misty synth cushion.

The songs are very much in the same mold, used either as source music or as a musical description of the teenagers’ lively spirits in face of great challenges. Like in the upbeat, fat beats of «Lady Operator» and «The Possessed», or with a more melancholic slant, like in «Magazine (Club Mix)» or «The River (On Film)» – always with big, broad vocalizations.

Regardless of its filmatic context, Don’t Come Back from the Moon works remarkably well as a concept album in its organic mix of dream pop, ambient and synthwave; clocking in at a neat 44 minutes. Johnny Jewel has clearly marked this particular area of film music out for himself, and continues to be one of the most exciting electronic composers working in film at the moment. 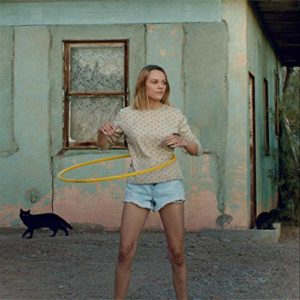