Everything Will Change is the feature fiction film debut of Dutch director Marten Persiel. It first premiered at the Zurich Film Festival in 2021, but is expected to receive wider distribution throughout 2022. A hybrid of science fiction and documentary, it falls into the “cli fi” sub genre highlighting the challenges of climate change and biodiversity, set in 2054 (and featuring a cameo of Wim Wenders, no less).

While the film doesn’t yet have Norwegian distribution, and thusly is unseen by this writer, it has the potential of a festival hit. Reviews, however, are scarce at this point. Tim Dams at Variety is restrictive with value judgements, but describes a tantalizing visual approach:  «The future of 2054 is brilliantly realized, all the more so given that it was largely shot in-camera and without visual effects. Persiel’s 2054 world is devoid of any wild nature, barren and flat. Thanks to colorized infrared camera technology, all greenery is rendered in a reddish hue which gives the earth a burnt, apocalyptic look.»

The score is by German composer Gary Marlowe (b. 1967), a multi-instrumentalist who’s worked on a wide range of projects and collaborated with artists such as Ten Years After, Nine Inch Nails and Moby. Often from his studio ULTRA / VIOLET in the Alps. He’s scored a number of film and television projects over the years, mostly of the independent or local kind, but also more famous titles, like the long-running crime series Tatort.

The score is a delicate, moody affair that uses vintage synths in an effort to ground the futuristic visual approach. As the press material notes, «the idea was to build a sound world based on Marlowe‘s immense collection of very rare synthesizers and electric organs from the 1960s and 70s, to bring an analogue, strangely familiar element to the movie, shaping a world which is new, daring and futuristic, but remains warm and emotional, made by humans.» This is realized through legendary instruments such as the Farfisa Compact Duo Deluxe, Philicordia, Minimoog, Arp Solina and Oberheim OB-8.

The notes point out the use of Farfisa in early Pink Floyd, so the recurrent use of the submarine signal sound from the band’s legendary «Echoes» track on Meddle (1971) – as in the last part of the first track «End of an Era», or the hypnotic, 8-minute «Extinction, Part 1-4», becomes an appropriate call-back to a distant past or distant future.

The score is, in general, a delightful journey through various styles and idioms that have defined classic electronic music over the years, from the theremin onwards. There are some Tangerine Dream-like sequencers in «A Fellowship of Rebels», and while I’m unable to hear any of Vangelis’ trademark Yamaha CS-80, the glockenspiel-like chimes of «Fairytale Suite» send associations to the late composer’s Missing. There’s even a track called «Bat Shit Crazy (Ode to Vangelis Papathanassiou)», as well as a cute, little tribute track to Alan Silvestri which is a cross between the modality of his orchestral music and the general sound of his Synclavier excursions.

This is, however, more than a disparate pastiche. Marlowe often adds elements of slightly contemporary grit to the tracks, like twangy electric guitars, fuzzy oscillation, ambient echo effects or even acoustic elements (like in the strings-, voices- and woodwind-led «El Palmar»), thereby both widening and shortening the gap between the innocence of nature (or a requiem for its loss) and the propulsiveness of industrial modernity. Organic unity is further underlined by the beautiful, 44-minute curation in a time where excessive soundtrack presentations are the norm.

Everything Will Change is one of the best and most interesting scores of 2022 so far, clearly molded by hands that are both passionate and knowledgeable about the electronic instruments on display, and within their many rich layers. 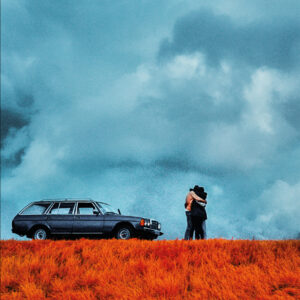