French composer Laurent Eyquem shot on to the film music scene in 2011 with the biopic Winnie Mandela, and subsequently the civil war drama Copperhead in 2013. Both of these featured high on Celluloid Tunes’ annual lists and displayed a composer with firm melodic grasp and a fluency in lush, orchestral landscapes that you don’t often see anymore.

Eyquem’s Nostalgia is somewhat of a departure from his previous scores.  Befitting the downbeat atmosphere of the movie, it’s fairly stripped down – its main elements constitute undulating piano figures, saxophone, a small string ensemble and occasionally a soft electronic cushion. The music is seeped in beautiful melancholy, not unlike something by Abel Korzeniowski or Dario Marianelli, but with a forward momentum towards a glimmer of hope.

The highlight tracks are unquestionably «Opening Theme» and «Moving On», where the ethereal saxophone solo broadens the landscape into urban melancholy (mostly used for transportation scenes in the film), a bit like James Newton Howard’s underrated The Saint of Fort Washington (1993). I just wish there were more of it. But the piano and string section in tracks like «Ready to Say Goodbye» or «The Granddaughter» are similarly spellbinding in their undiluted sense of minormoded beauty.

Nostalgia is unquestionably the best score Eyquem has written since the double homerun of Winnie Mandela and Copperhead, and also one of the finest of 2018 so far. It deserves wider recognition. 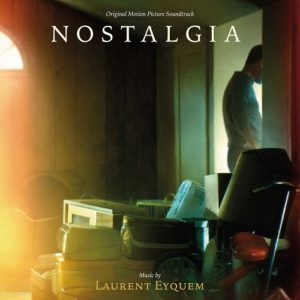