The first Star Wars video game score to ever be released officially on album is a 3-hour experience that will take players and listeners on a journey throughout the galaxy. Performed by the same London Symphony Orchestra that played on John Williams‘ first six film scores in the franchise, the music for Star Wars Jedi: Fallen Order is a welcome addition to the ever-increasing Star Wars canon.

Star Wars Jedi: Fallen Order is an action-adventure video game released for PS4, Xbox One and PC last November. Set during the Empire era of the famed franchise created by George Lucas, it tells the story of a young Jedi named Cal Kestis that goes on a search for a missing artefact that can reveal the location of Force-sensitive children all over the galaxy. However, he will be pursued by the Empire’s terrifying Inquisition, an elite team whose mission is to wipe out all the surviving Jedi once and for all.

The music for the game was composed by Gordy Haab and Stephen Barton. The former is a veteran of several Star Wars games such as The Old Republic, Battlefront and Battlefront II, while the latter has collaborated with Fallen Order’s production company Respawn Entertainment on Titanfall, Titanfall 2 and Apex Legends. Notably, their score was performed by the London Symphony Orchestra – the same used for John Williams’ scores for six Star Wars movies, and then by Haab on his Battlefront games.

Fallen Order has the distinction of being the first score for a Star Wars game officially released on album, and it’s not hard to see why. It’s a pretty good score filled with interesting themes and exciting setpieces – everything a Star Wars score needs to be.

The album is a mammoth that contains over 3 hours of music. However, you can make your own playlist using the amount of material available. In this review, I’ll try to highlight the most interesting moments. But be aware of spoilers! If you haven’t played the game, I strongly advise you to do so before reading.

The protagonist’s theme is heard at 0:13 of the album’s first track «Cal Kestis». It’s a perfectly adequate theme for our hero, and it gets some interesting variations during this concert suite, from introspective to militaristic to heroic, and finally one on strings that reminded me a little of «Luke and Leia» from Return of the Jedi.

At the beginning of the game, Cal is working as a scrapper on the planet Bracca, salvaging ships from the Clone Wars, and hiding his Force abilities. However, an incident makes him use his Jedi powers, which attracts the Empire to Bracca. So after a short introduction and some nondescript suspense music in «An Unscheduled Stop», we get our introduction to the Inquisitors’ music in «The Inquisition». The theme for the main antagonist of the game, the Inquisitor known as The Second Sister, appears at 0:41, and is one of the composers’ most distinctive creations. Played on high-pitched violins, it’s a dramatic, powerful and terrifying representation of the main villain. 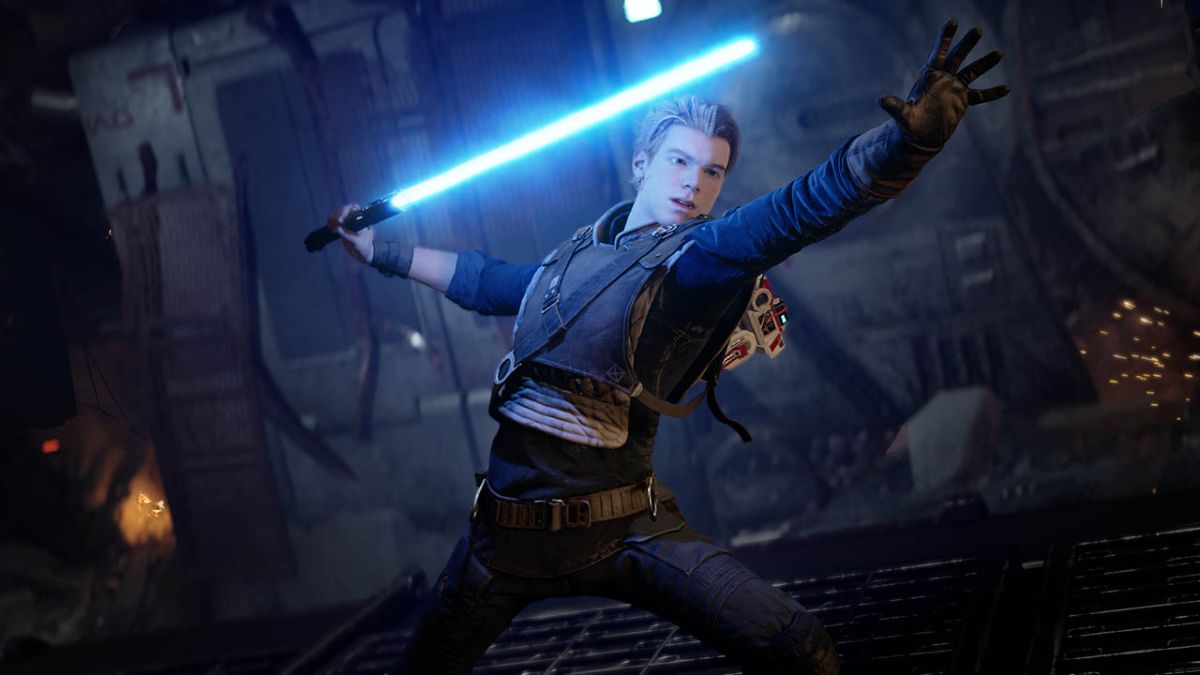 The next track, «Fight and Flight», has an opening that is pretty similar to John Williams’ «The Intersection Scene» from War of the Worlds. Cal’s theme is played on brass as he attempts to escape the Empire’s Stormtroopers boarding a space train. While the player fights his first enemies, the action music is very energetic, with an intensity that will remind listeners of Williams’ prequel scores. Finally, at 4:41, the Second Sister’s theme is reprised on the violins again and later on the brass as the player must battle her, a terrifying moment made more memorable thanks to the composers’ dark and dramatic melody.

Fortunately, Cal is rescued by former Jedi Knight Cere and her pilot Greez, and taken to the planet Bogano. For this planet’s section, the music is playful, sweet and lovely, reminiscent of Williams’ softer moments in scores such as Harry Potter and The Phantom Menace, evident in tracks such as «Bogano», «BD-1 and the Bogglins» and «Oggdo Bogdo». It’s pretty okay Williams pastiche, but of course without the magic that made these scores so memorable. Sure, it’s unfair to compare any composer to John Williams, but still, this is a pretty decent approximation of the master’s style.

A theme for the former Jedi master Eno Cordova is heard for the first time at 0:36 of «The Path of the Three Sages», as our heroes try to uncover his ways through the galaxy. Our first stop is on Dathomir, the infamous planet known for being the birthplace of Darth Maul. The Dathomir music is harsh and brutal, much like the cursed planet. The track «Nightsister» is an okay attempt to recapture Williams’ style in 2005, specifically the music for the duel between Obi-Wan and General Grievous in Revenge of the Sith.

The characters go to Kashyyyk next, the planet known for being the land of the wookies (Chewbacca’s species), which is at war during the timeframe of the game. Here we get one of the best action tracks of the game: «AT-AT Hijacked» contains some wonderful writing for LSO’s powerful brass section, and is (perhaps intentionally) a little similar to «The Asteroid Field» from The Empire Strikes Back, which technically makes sense – it was in Episode V that audiences were first introduced to the AT-ATs. It’s one of the best emulations of Williams’ music for the original trilogy, probably by Haab.

The action continues in tracks such as «Infiltration», «Flore and Fauna» and «Wookie Liberation», again molded on John Williams’ stylings. In «Saw’s Speech», there is an attempt to reach epic heights, however the music still comes off somewhat restrained. It’s like the composers weren’t allowed to be more emotional for the scene, which is unfortunate, because it is a pretty epic moment in the game. 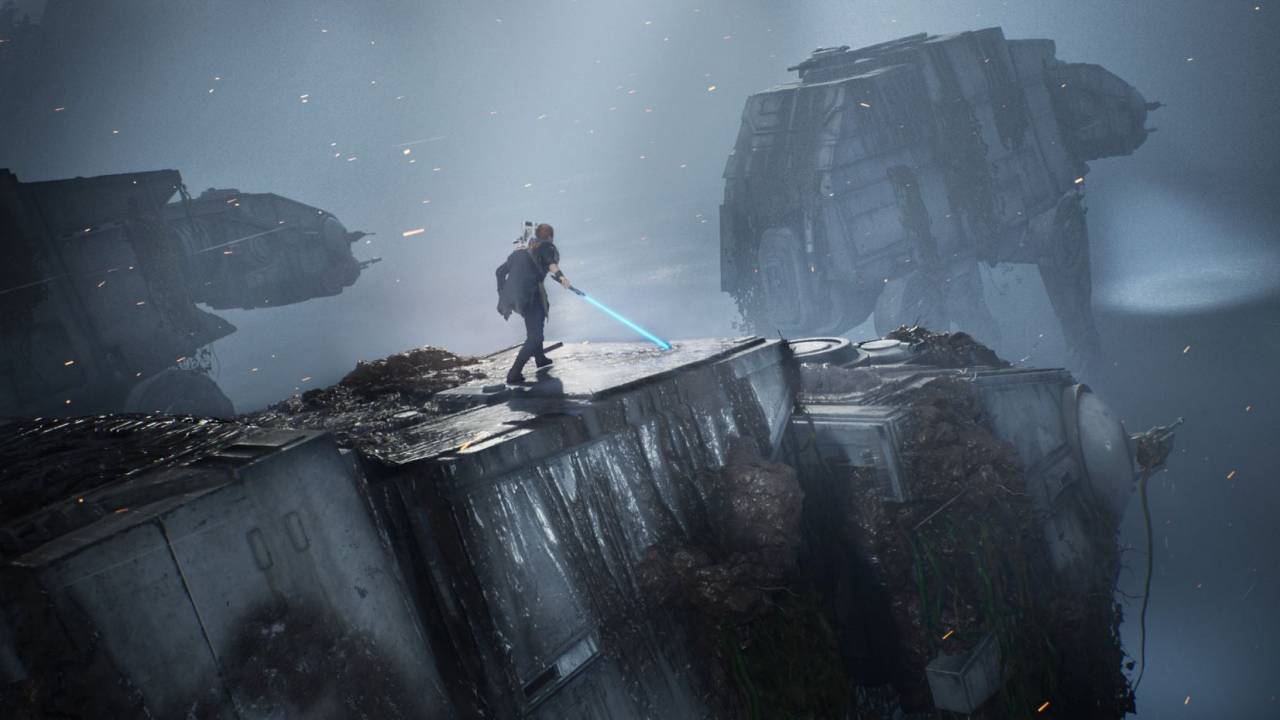 Up next, our heroes go to planet Zeffo in their pursuit. For this section of the game, the main highlight (i.e. the tracks that contain something more interesting than just discrete suspense music) is «Crashed Venator», which plays as Cal finds a ship from the Clone Wars that fell from the sky on the planet. It contains a motif for French horns, tubas, trumpets and strings that is evocative, atmospheric and filled with mystery.

Back in Kashyyyyk, and after a long stretch of mostly uninteresting music, comes one of the best tracks on the album: «Flight of the Shyyo Bird» starts with some pretty impressive and violent dissonance for brass, then proceeds to a melody made of strings filled with wonder and magic. A motif is introduced at the 6:00 mark, and is developed during the rest of the track, segueing from trumpets to trombones to the strings effortlessly. The track builds and builds towards an impressive finale (at 10:00), at which point Cal is seen flying on a Kashyyyk bird accompanied by a wonderfully magical melody for the whole orchestra and choir. It’s a little similar to Williams’ Jurassic Park, and one of the best moments combining visuals and music in the game.

However, after flying on the Shyyo bird, the player must face another boss fight. The Ninth Sister, one of the Inquisitors, is awaiting you for a hard and complicated battle, which Haab and Barton score with maniac brass, crashing cymbals, percussion and dissonant strings. It’s an amazingly insane track, well orchestrated and performed by the LSO.

Speaking of bosses, another major enemy players must face is «Gorgara, the Chyrodactyl», a huge monster that lives deep in Dathomir. Its music is made of dissonant brass, violent strings and brutal percussion, not dissimilar from something Williams could have written for a suspense scene in The Lost World or War of the Worlds. It’s seriously impressive action music, with great orchestrations and an amazing performance.

One of the most dramatic sections of the game is when Cal’s lightsaber is broken, and you need to go to planet Ilum to build a new one. The music for this part starts in «Broken Saber» on the OST and continues throughout «Ilum» and «Failure is the End». These tracks, especially the latter, represent some of the darkest, albeit still lyrical, moments in the entire score. Eno Cordova’s theme appears in a sad, subdued version at 2:15 and then at 3:55, followed by Cal’s theme at 4:14, building towards a grandiose finale. Since Cordova doesn’t appear in the scene, it’s possible that his theme is here to substitute the traditional Force theme as a motif for the Jedi and the Light Side of the Force. 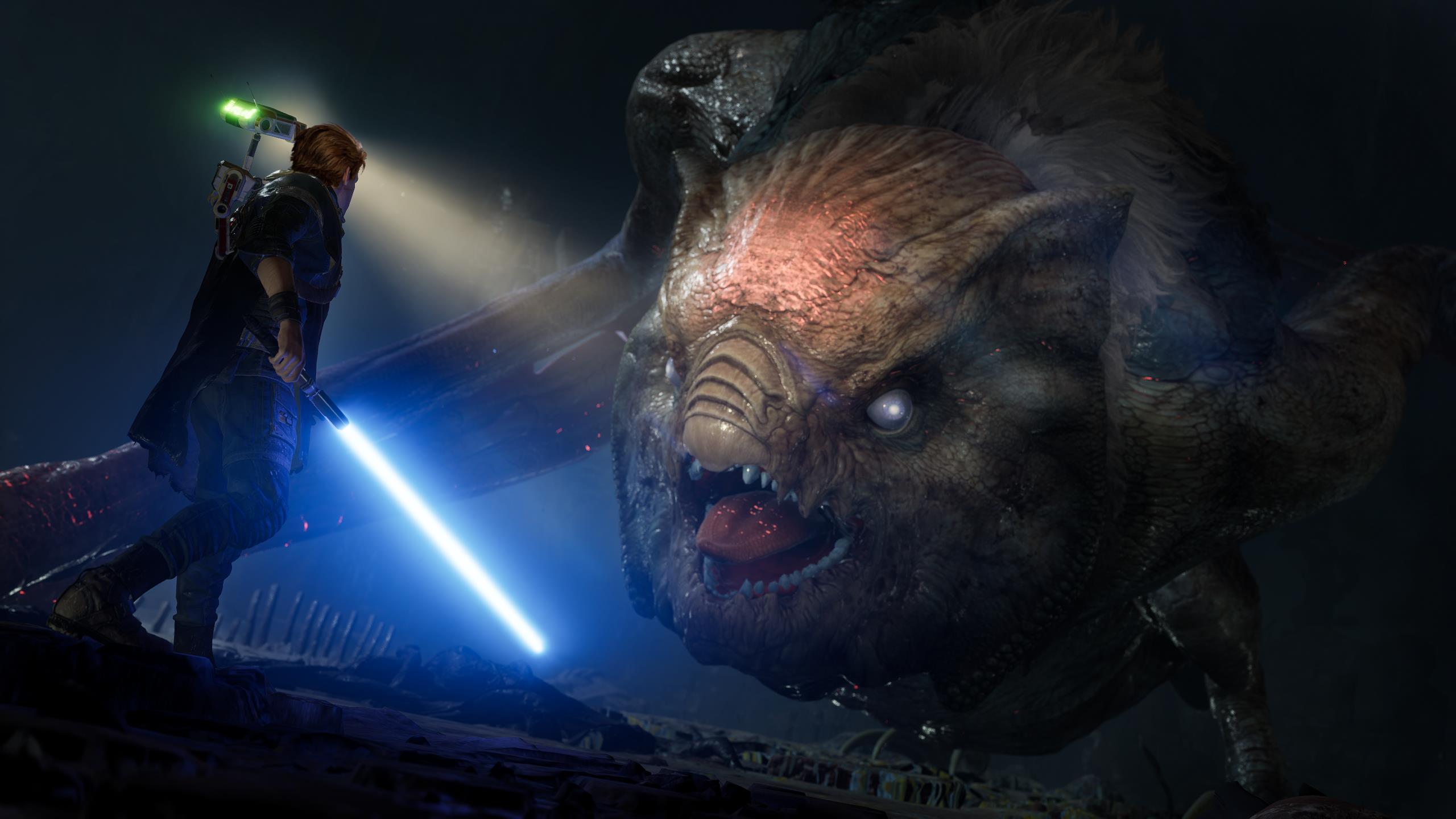 Next is the showstopping «A New Saber», a zany, energetic, and intense action track that plays as Cal battles the Empire’s forces in Ilum. It’s like a mix between John Powell and John Williams. There are some great versions of Cal’s theme in the brass, with fast string runs and percussion to amplify the intensity and emotion of the moment. It’s probably the best action music of the album.

With your new lightsaber, it’s now time to face one of the hardest boss battles in the entire game: the former Jedi Taron Malicos, which the player must duel in Dathomir. Malicos’ music is aggressive, dissonant, harsh and brutal. Imagine a mix of Elliot Goldenthal’s Alien 3 and Williams’ Jurassic Park scores, and you’ll have an idea. Also worth mentioning are the choir accents and Cal’s theme in brash, bold performances for brass.

When you finally win that battle (surely after trying so many times), you add a new character to your crew. «Merrin» is the cue that plays alongside it, a track filled with warmth and a sense of victory and friendship.

Of course, there’s no time to rest, and we’re back in action for the finale of the game. «Opening the Vault» contains the return of the Second Sister’s theme at 1:37 as you face her one more time. «Fortress Inquisitorius» is lavish, dramatic and darkly grandiose, setting the stage for the final confrontation with the Empire. Finally, «The Will of the Force» marks again the return of the Second Sister’s theme, but the rest of the track is more subdued. The final track of the OST is «Eno Cordova’s Theme», a beautiful suite that plays on the main menu of the game. It’s a fine way of ending the album, but I would rather have had the cue that contains «The Imperial March» and plays as you face a powerful opponent before the ending.

In conclusion, this is a great score, surely deserving of being the first non-movie or TV Star Wars score to be released. Haab and Barton did a good job emulating and finally adapting Williams’ style to fit this new narrative. The album is too long, and of course few people have the time to listen to 3 hours of music these days, but you can whittle down the experience to the greatest highlights, pretty much all of them are included here. 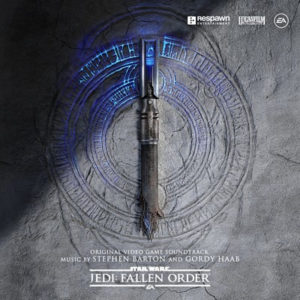