The Reflection is a Japanese anime from 2017, created by writer Stan Lee and director Hiroshi Nagahama and available on various streaming platforms like Hulu. The premise centers on an event called “The Reflection”, resulting in special abilities appearing in certain parts of the population. As we encounter these people three years later, some have used these abilities for good while others have taken a darker, more criminal path.

The particularly interesting thing about this anime is the fact that musical legend and producer Trevor Horn composed the music. 69-year old Horn has dabbled in film music from time to time, on movies such as Toys (1992) (as co-composer with Hans Zimmer), Coyote Ugly (2000) and Take Me Home Tonight (2011). Very little of this music has ever been released on record (Coyote Ugly even had two albums without a second of Horn’s score), and Horn has never released a solo album, so in many ways The Reflection is his debut album as a solo artist. Better late than never!

The soundtrack album from The Reflection: Wave One features no less than 24 tracks totalling 55 minutes, which means it contains a fair share of short tracks. That doesn’t really detract from the fact that the music is pretty exciting, although some of the tracks end too quickly. Most of the music is instrumental, but on the up-tempo theme song «Sky Show», Horn himself sings in a high-pitched voice strongly resembling his old buddy from Yes, Jon Anderson. His voice also appears on «Loneliness And Solitude» which develops into a wonderful instrumental pop song that sadly ends somewhat abruptly. ​Two of the songs feature female vocals, one of them in Japanese, giving it that typical J-POP vibe. This shows that Horn, born 1949, still has an incredible ability to keep up-to-date on what’s happening in contemporary pop music around the world.

It should be pointed out that Horn has not composed any tracks on this album by himself. On the various instrumental score tracks, the different co-composers are Julian Hinton, Jamie Muhoberac, Christopher Tin, Tim Weidner and Lol Creme (of Godley & Creme). Also, Horn doesn’t even perform on many of the tracks; he mostly concentrates on producing and composing, similar to what super-producer Giorgio Moroder did in his heyday. Some tracks are in the Zimmer vein, like «Battle Begins» and «From On High», while «The Future Of Happiness» could have been composed by Steve Jablonsky. «My Daily Life» is an enjoyable synthpop track with hints of Moroder, «I Am Alone With Sadness» is Art Of Noise meeting Jean Michel Jarre while «The Transition» is an exciting, almost heavy metal track reminiscent of finnish group Nightwish.

That said, Horn’s own voice also comes through on several cues, like on the moody «In Chaos And Confusion» with brilliant production and clever rhythm programming, and the anthemic «Greater Expectations» which could have worked in a sporting event. «In A World Of Unreason» is a surprisingly atonal and experimental suspense cue, and the «Main Theme» is full of drama. A few of the tracks feature full orchestra, like «From Battle To Flight».

I see no reason why Trevor Horn cannot be used more as a composer for film. Let’s hope The Reflection gave him inspiration to explore the medium further. 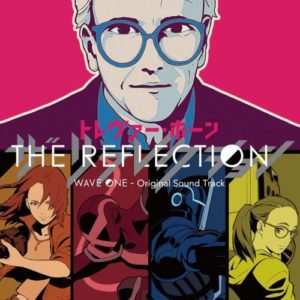