White Lines (2020-) is a 10-episode Netflix show created by Álex Pina, about Zoe (Laura Haddock) – a young Manchester woman who travels to Ibiza to solve her DJ brother’s 20-year-old murder, but eventually gets caught up in local intrigues and drug trades. It’s intended as a coming-of-age story of sorts, as Zoe not only needs to come to term with her past, but also her true identity and place in life.

While the first half of the series manages to successfully blend the suspenseful crime element with the colourful characters and intimate portrayals, it eventually falls somewhat into soap opera territory, losing some its initial nerve. On the other hand, it paints a delightful picture of Ibiza ‘party culture’ and a nostalgic look back at the 90s rave scene on the Spanish island – bathed in eternal sunshine,  free sexual spirits and fat techno beats.

Dutch composer Tom Holkenborg aka Junkie XL (b. 1967) is one of today’s most popular film composers, with hits such as Mad Max: Fury Road (2015), Alita: Battle Angel (2019) and Terminator: Dark Fate (2019) on his resume. However, he broke through as an eclectic DJ in the 90s (blending rock and electronica), before landing international fame with his remix of Elvis’ «A Little Less Conversation» in 2002 – then under the simpler moniker JXL. He has occasionally worked with other composers on film projects, most prominently Hans Zimmer, and has an impressive roster of collaborative artists on non-film projects (like Madonna, Depeche Mode, Daft Punk and Justin Timberlake).

What genius composer casting to hire Tom Holkenborg for this project; a composer who has no doubt DJed on Ibiza himself and is very much part of the very scene the series tries to portray. With his extensive film music experience to boot, he’s really about as perfect as it gets for this particular project.

Roughly, the soundtrack album can be divided into three elements – the techno and house bits (often used as source music at raves and discos), the down-tempo ‘Café del Mar’ stylings (often used for the nostalgic flashbacks) and spacey, melancholic chords signalling Zoe’s memories and connection to her brother Alex. While the EDM bit is the least present, it has its centerpiece in the nine-and-a-half-minute track «Infinity» – placed appropriately in the middle of the 64-minute album; a deliciously ethereal trance track with perfect build.

A real draw, however, is the “Café del Mar”-style tracks, wherein a laidback, ambient backbeat is counterpointed by soft, Enigma-like vocals, sultry saxophone or a jazzy bassline – as in «Time Gone By», «Darker Night» or «Ibiza Bar». These tracks become the recurring leitmotif for Ibiza itself, in many ways its very lifestyle.

Most of the album, however, centers on Zoe herself, and her state of mind – especially the latter half of the programme. Often centered around a descending figure, like piano or sliding synths, and using melancholic, minor-mode harmonic progressions – like in the gorgeous, almost Chopin-like «Repercussions» or tentative, explorative tracks propelled by moody electric guitar, like «Retrace the Path», «My Goddess», «Memories» or «Zoe».

As usual, Holkenborg manages to merge these disparate elements into a coherent whole, combining his typecast DJ background with his highly underrated ability as a melodic, acoustic composer. It might not have the aggressive beauty of Mad Max: Fury Road, the glowing synth textures of Distance Between Dreams (2016) or the aching, orchestral melancholy of Brimstone (2017), but it’s a conceptually sound album that just makes me wish for more scores that draw on his electronica background. 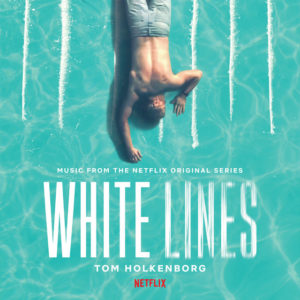